It’s almost time the Tour, which means The Badger will be in action once again, greeting local dignitaries, congratulating stage winners and kicking some ass!

It seems some French right-wing crackpots want to disrupt the Tour de France to protest against same-sex marriage. I don’t know what The Badger’s views on the subject of marriage are, but I do know that he doesn’t stand for anyone messing with the sanctity of his bike race.

Nobody messes with The Badger. Wait, wasn’t the guy on the right in Goodfellas? 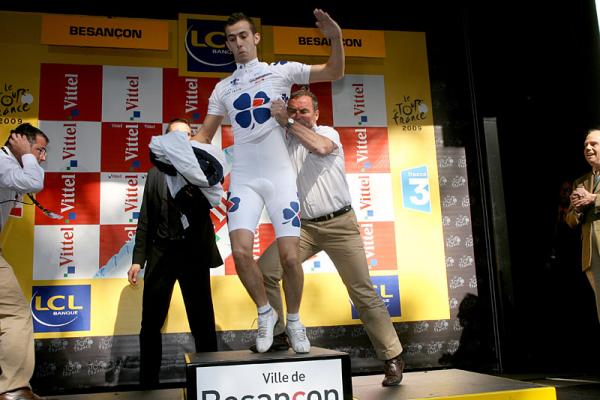 The Badger can smell a fake FdJ rider from 50 metres.